Should You Get An ARM Loan? 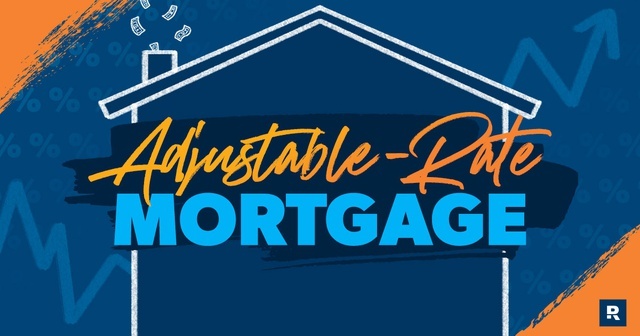 Should You Get An ARM?

With all the jargon and options out there, it’s no wonder first-time home buyers’ heads spin. Even seasoned veterans have a hard time keeping up with all the different ways to get into four walls and a roof. One of the most popular ways, it seems, is the Adjustable Rate Mortgage (ARM) because the initial interest rates and closing costs are typically lower than fixed-rate loans. Let’s look at the pros and cons of ARMS and the different options available within this category of home loans.

Those low up-front rates help not only with monthly cash flow, but they also have another value: most of the time, borrowers can get more financing with ARMs. ARM qualifying rates are less than fixed-rate loans, so lenders also offer ARM borrowers more liberal qualification ratios. For instance, with a fixed-rate loan, a lender might allow 28 percent of a borrower's gross monthly income for the payment of principal, interest, taxes, and insurance. But with an ARM the qualifying ratio is usually higher, say 33 percent. Put these two factors together – lower initial qualifying interest rates and more liberal qualifying ratios – and you can borrow quite a bit more than you would with a fixed-rate loan.

So how do ARMS work? The ARM interest rate is determined by an "index" that fluctuates with economic conditions and a "margin." The margin is a set figure that is added to the index. Lenders use several different types of indexes, including measures based on the movement of treasury bills, the 11th District Cost of Funds, and the LIBOR rate (more about this one in a minute). Most ARMS have adjustment periods every six months or annually. And the good news is that ARMS have consumer protection rate caps that keep mortgage rates from swinging wildly from year to year. A typical rate cap on an annual basis is 2 percent or 2 percent above or below the previous year's rate.

There are various kinds of ARMS – 3/1, 5/1, and even 7/1. This means that the interest rate can’t go up or down – is locked in – for a period of three, five, or seven years. There are plenty of ARMS, however, that only stay locked in on one rate for the first six months. These are all considerations when shopping for a loan. In addition to getting a lower interest rate, ARMs typically have lower closing costs – big settlement expenses would neutralize the benefit of the low rate.

An interesting ARM option is called the LIBOR (London Interbank Offering Rate) ARM. It’s a complicated product, but one that is worth researching for certain types of borrowers. The London Interbank Offering Rate is the rate that international banks based in Europe charge each other for overnight funds. Now here’s the kicker – LIBOR ARMs often have a much lower interest rate than others. The interest rate on an ARM has a lifetime cap of 13 percent, and monthly payments can’t rise more than 7.5 percent annually. And like any other rate, it fluctuates, but it’s worth looking into.

There are also options in how the loan can be repaid. It can be repaid in the same way a fixed-rate mortgage is – with a fully amortized monthly payment that pays off the loan in 30 years. ARM borrowers can make minimum payments, which produce "negative" amortization, i.e., some of the interest due on the loan goes unpaid. The unpaid interest is then added to the loan amount, increasing the debt. You can even make an “interest-only” payment. Of course, this means the borrower is not paying down the loan balance, but the upside is a very low minimum monthly payment. Also, there is a one-year prepayment penalty on the loan. This means the program is not good for anyone who plans on selling his or her home in 12 months.

The LIBOR ARM might be the financing you’ve been looking for if:

You want to take advantage of the equity in your house. This is a good refinance program for those who want to consolidate consumer debt such as credit cards.

Any ARM is a good idea if:

You won’t be staying in the house for more than five years (especially if you have a locked-in rate for the first three, five, or seven years)